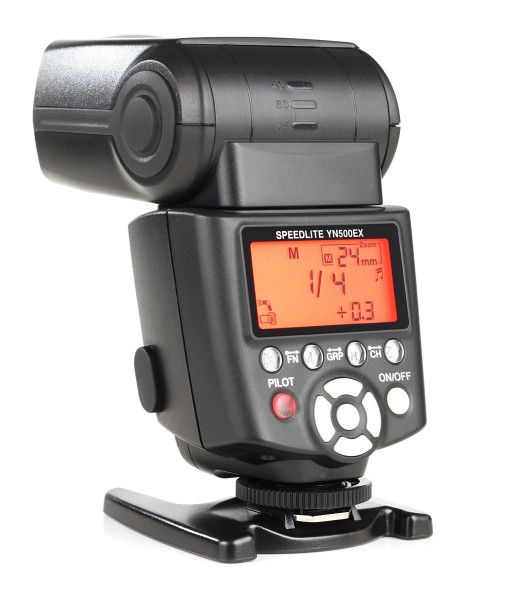 Yongnuo YN500EX is the second HSS TTL flash Speedlite from Yongnuo. It is a smaller version of Yongnuo YN568EX II. YN500EX is a so called “smaller brother” of Yongnuo flagship flash YN568EX. Few main differences between them are:

Yongnuo YN500EX is only available for Canon cameras. Nikon Version has not been announced. YN500EX is a flash very similar to Canon 430EX II in terms of size and design, but Yongnuo has diffuser and flash bounce cards which Canon flash do not have.

Here are my thoughts on Yongnuo YN500EX flash speedlite: