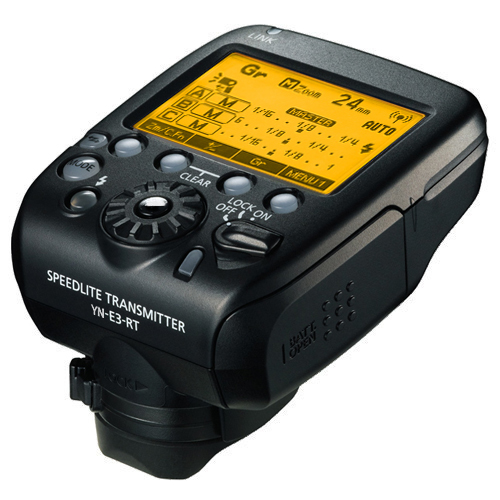 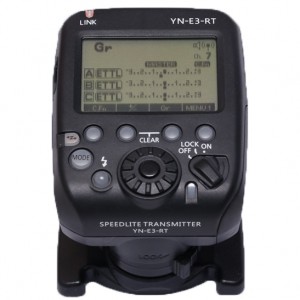 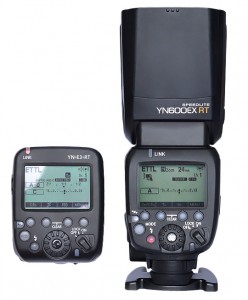 Yongnuo YN-E3-RT Speedlite Transmitter is directly compatible with the Canon 600EX-RT flash, Canon 430EX III-RT flash and a Yongnuo YN600EX-RT flash units. It is a great alternative to much more expensive Canon ST-E3-RT.
Yongnuo YN600EX-RT is one of the most popular flash speedlites for Canon cameras. It is very feature rich and offers really good build quality . Yongnuo YN600EX-RT can act as a master unit for other Canon or Yongnuo RT flashes meaning you do not need separate triggers for those flashes. It can also act as a slave unit to the Yongnuo YN-E3-RT flash controller or Canon ST-E3-RT commander. 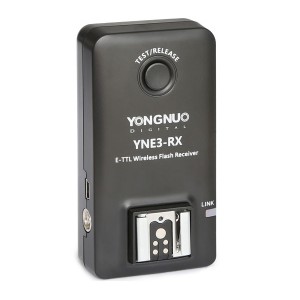 Yongnuo YN-E3-RX is a Canon RT radio compatible receiver unit, now opening the system up to include legacy ETTL slave flash units like the previous Canon 580EX II. This receiver also allows manual studio lights or speedlites to be fired when using RT transmitter unit as well. This means that non RT speedlites like the Canon 580EX II or Yongnuo YN-568EX II can now act as RT compatible slave flashes when using the Canon ST-E3-RT / YN-E3-RT, or 600EX-RT / YN600EX-RT as transmitter. A lack of separate receiver unit has previously been the biggest limitation to the industry leading Canon RT radio flash system so now YongNuo are bridging together 2 of Canon’s completely separate, and previously incompatible, radio flash systems with the YN-E3-RX receiver. 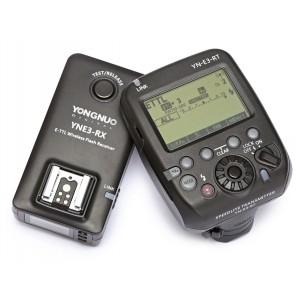 Yongnuo YN-E3-RT flash controller is available at Yongnuo Store for $80.99.

Yongnuo YN-E3-RX receiver unit is available at Yongnuo Store for $44.