Yongnuo has just released new firmware update for the very popular Yongnuo YN600EX-RT flash speedlite for Canon cameras. You can find it available for download at our firmware downloads page 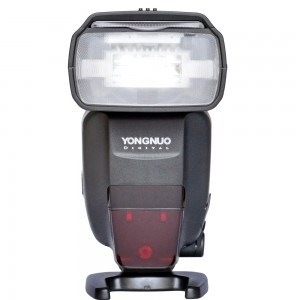 Version 1.8.8. fixed issues with displaying exposure compensation status and some issues related to connection between Canon 430EX III-RT and Yongnuo YN600EX-RT. Canon 430EX III-RT is the newest member of RT line of Canon flashes with built in RT receiver for wireless shooting. 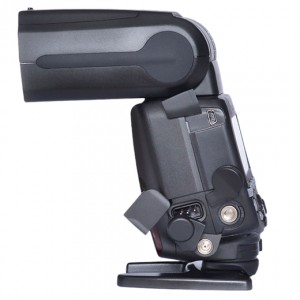 Yongnuo YN600EX-RT is fully compatible with Canon’s 2.4 GHz radio flash trigger system and E-TTL / E-TTL II metering. It features a powerful guide number of 60m at ISO 100 and 200mm as well as an impressive zoom range of 20-200mm, along with a wide-angle panel for 14mm coverage on full-frame cameras. Bounce lighting is also possible with tilt from -7 to 90° and rotation left and right 180°.

Along with radio transmission and reception for wireless triggering, the wireless TTL master and slave functionality of this flash also extends to standard optical pulse triggering, where the YN600EX-RT is compatible with both Nikon and Canon flash systems. Also, it has a recycle time of about 3 seconds and has high-speed, 1st and 2nd curtain synchronization settings. And, it has a multi flash stroboscopic mode for multiple flashes during a single exposure.
Yongnuo YN600EX-RT is one of the most popular flash speedlites for Canon cameras. It is very feature rich and offers really good build quality . Yongnuo YN600EX-RT can act as a master unit for other Canon or Yongnuo RT flashes meaning you do not need separate triggers for those flashes. It can also act as a slave unit to the Yongnuo YN-E3-RT flash controller or Canon ST-E3-RT commander.